The Secret to Longevity? Community! 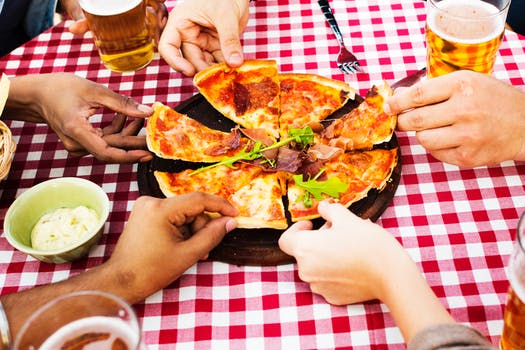 Most of us want a healthy, long life. That’s a given. But, we might not always understand what we need to do to achieve that.
Eat fat, don’t eat fat. Carbs, no carbs. Go vegan. Drink water! Take vitamins. And, for the love of God, stay away from processed food! But, as I’ve learned, there’s much more to a long, healthy life than that. Last week, when presenting my Social Emotional Learning workshop at Maplewood Gordon Alternative School in North Vancouver I broached this hot topic. How can we help ourselves and the young people we influence live healthier, happier lives?

The answer is fairly simple: community!

In his book Outliers, Malcom Gladwell reports on the Roseto Effect – secrets of longevity from a town of 1300 in Italy. In 1882, a group of men left Roseto Valfortore, Italy to set sail for New York. After arriving in New York, the men eventually found grueling work in the slate mines of Bangor Pennsylvania, but somehow it didn’t feel like such a dream. In fact, they were tolerating substandard conditions and confronted with prejudices as immigrants. Finally, in 1887, Nicola Rosato, purchased land and built the first house. He had founded the town of Roseto Pennsylvania, naming it after his beloved Italian village. Roseto became the first 100% Italian borough in the USA. By 1894, 1200 Rosetans had applied for passports to America, leaving entire streets of their native village abandoned.

According to Gladwell, Roseto Pennsylvania came to life.

Stewart Wolf, a physician and medical school professor who spent summers on a farm not far from Roseto heard from the local doctor about an interesting phenomenon: Rarely, did anyone from Roseto under the age of 65 have heart disease – meanwhile, heart disease was an epidemic in the United States.

Wolf, along with a sociologist named Bruhn, conducted a study and invited the entire population of Roseto to be tested. The results were astonishing. Virtually no one under 55 died of a heart attack; for men over 65, the death rate from heart attack was half that of the United States as a whole; and the death rate from all causes was 35% lower than it should have been. There was no suicide, no alcoholism, no drug addiction, and little crime to speak of. No one was on welfare and no one even suffered from peptic ulcers. These people died of old age. That’s it!

The study concluded it was not diet related. The Rosetans cooked with lard, smoked heavily, and many struggled with obesity. It wasn’t genetics, nor the specific location in Pennsylvania where Roseto was situated. It was Roseto itself.

Rosetans visited each other on a daily basis stopping to chat or cooking for each other in the backyard. Extended family clans were the norm, with three generations commonly living under the same roof. There was enormous respect commanded by the grandparents who were part of the clan. They went to mass and saw the calming and unifying effect of the church. There were 22 civic associations in a town of fewer than 2000 people! The Rosetans had created a social structure which insulated them from the pressures of the modern world. They were healthy because of where they were from and the world they had created for themselves.

The medical study’s findings talked about the mysterious and magical benefits of people talking to each other on the street and having multi-generational living. Conventional wisdom explained a long life by looking at what people ate, how much they exercised, and how effectively they were treated by the medical system. Wolf’s findings required that he convince the medical establishment to think in an entirely new way. You had to look beyond the individual. You had to appreciate their idea of community, their values, and the people with whom they surrounded themselves.

We can all learn something profound from the Rosatans. First things first: Stop and smell the roses! Notice one another by lifting your head up from your phone. Welcome neighbours into your home. Make community building a focus and passion, and watch how everyone’s health improves. Loneliness kills. So, in our schools and neighbourhoods, we must improve our quality of life by fostering community with after-school clubs, neighborhood ‘giving’ initiatives, and ongoing events for people of all ages. This will be the most impactful thing we can do to improve our students’ lives and the lives of the people in our neighbourhoods and families.

Our workshop concluded with teachers brainstorming ways to bring their community closer together – to give the students a reason, other than grades, to come to school. As an alternative school, many of them were facing unstable and even traumatic home lives. Isolated and silenced, they needed more than just lessons to get them to value their own lives. They need community.

I can’t wait to see and support what happens in this vibrant school community.

After attending UBC and earning her degrees, Jodi taught full-time for over ten years in the public school system creating student-centered curricula to guide her students towards a more knowledgeable and loving view of themselves and others. Jodi introduced topics of bullying, discrimination, mindfulness and positive relationship habits into her classes and celebrated students’ achievements as if they were her own.

Hello! It’s Jodi, founder of Imperative Education. You know, ever since I can remember I’ve been interested in how people communicate… how relationships are formed. At McGill University, I studied Communications so that I could take this focus from intuition to fact, and from serious interest to passion. I decided to become a teacher, like so many, to make a difference and that initial goal hasn’t paled at all throughout the years

Thank you for subscribing!